I opened Youtube to watch a video earlier in the week and saw that it had suggested a few speed-paint videos. I love watching artists go through a piece, and I’ve been looking for some inspiration to start a manga-like illustration, so I went for it and subscribed to these three artists. Even though they’re using digital methods, a lot of the color work translates pretty well to traditional media. Some of the drawings are even “sketched” beforehand and inked afterwards.

I was really interested in the way she shades fabric, especially the skirt and sleeves. I also really love the character’s eyes. Like an artist who flips a sketchbook around to draw something at a better angle, the canvas here is zoomed in, out, and flipped quite a bit.

This one goes from sketch to finished product. The artist here uses Paint Tool SAI to their full advantage, transforming and realigning shapes that manually you’d have to erase and re-draw.

Here the artist starts by inking a sketch and then blocking in some basic colors. There’s a really cool bit at around 7:35 where she creates her own brush of snowflakes. Rather than painstakingly draw snowflakes on the dress one at a time (and warping them around the fabric), she draws a few and then sort of “stamps” them on, editing them to fit the dresses curves as she goes. Really cool! Can’t do that in the traditional world though… Again, her eyes are really beautiful.

After looking to other artists and manga for ideas I started to do some sketches of my own, and it was evident that I needed some anatomy practice. I’ve been drawing a lot of animals over the past little while (foo dogs, owls, etc) and haven’t done much in terms of the human figure since those figure-drawing studios I did in the winter. Drawing faces and the figure feels a bit foreign, so I went over to Posemaniacs, loaded up some tunes and sat down for some sketching. I’d like to fill a few pages of sketches every night until I get comfortable with the idea of drawing poses again (and hopefully get better at it as well). 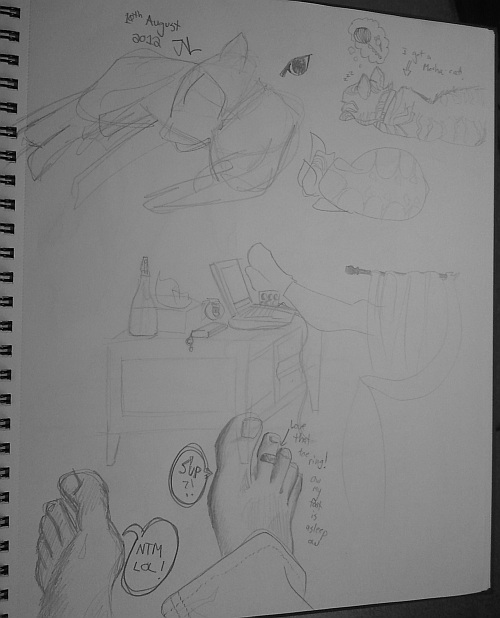 First sketch in the new place! 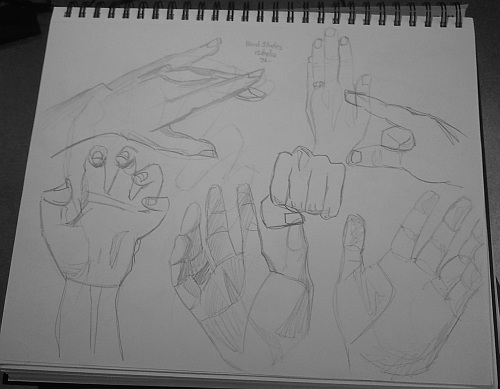 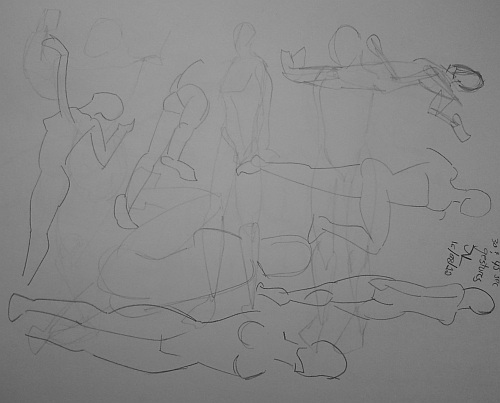 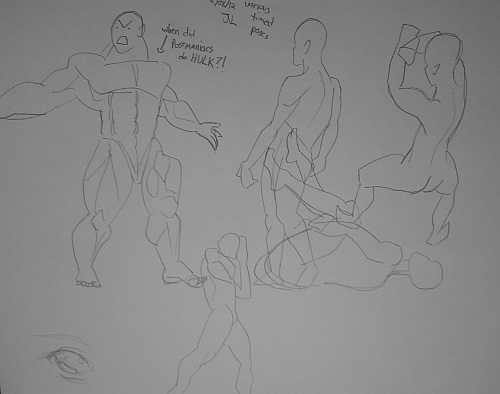 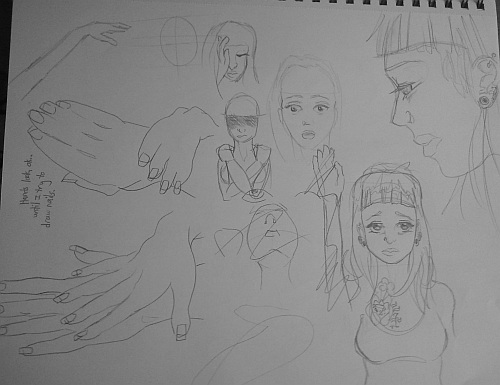 That’s not everything from the past few days, either. The sketchbook is filling up quickly! Drawing gestures is great and a good backup plan in case I don’t feel like working on anything original. It’s very relaxing to turn on some music and fill up some pages.

Hopefully the paint is mostly dry on my models painting, so I’ll be back into that pretty soon as well.